For those of us living in a country wherein the metric system is the standard for measuring distance, we may not have any idea nor even care about the significance of the mile in the history of athletics.   Only well informed or serious runners would probably be able to give you the exact number for determining whether you fall into the category of great runner or not.  And that, of course, is four minutes: to this day, it is still the yardstick for separating the truly fast from the average miler. 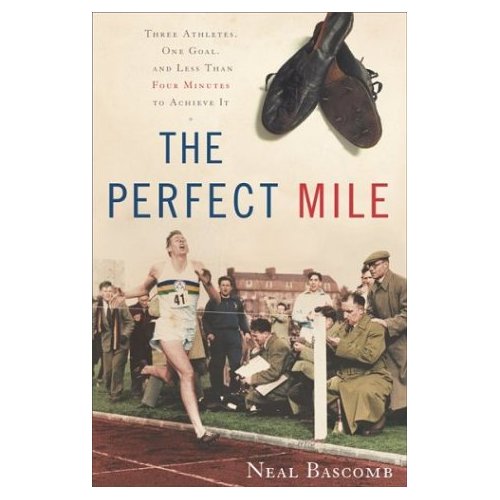 Not too long ago, May 6, 2004 to be exact, the world of athletics celebrated the 50 year anniversary of the first moment any individual was able to break the four minute barrier.  That honor goes to Sir Roger Bannister from the UK.

The author, Neal Bascomb, gives the reader a remarkable historical backdrop of running during that era, including the frustrating politics, controversies on pacing, timing, and the influence of certain personalities like the famous athletes and coaches of that time.

The book revolves around three main characters and not just around Roger Bannister though, as the piece is generally about the race to break the 4minute mile, which apparently was a huge and almost impossible goal to achieve then.  The struggles and successes of John Landy of Australia and Wes Santee of the USA are vividly recounted as well, and their personal lives only add more color and drama to the already thick plot.

It is inspiring to say the least, and only goes to prove that human beings are capable of realizing their full potential if they are determined enough.  I will also never think of the mile run in the same way again.